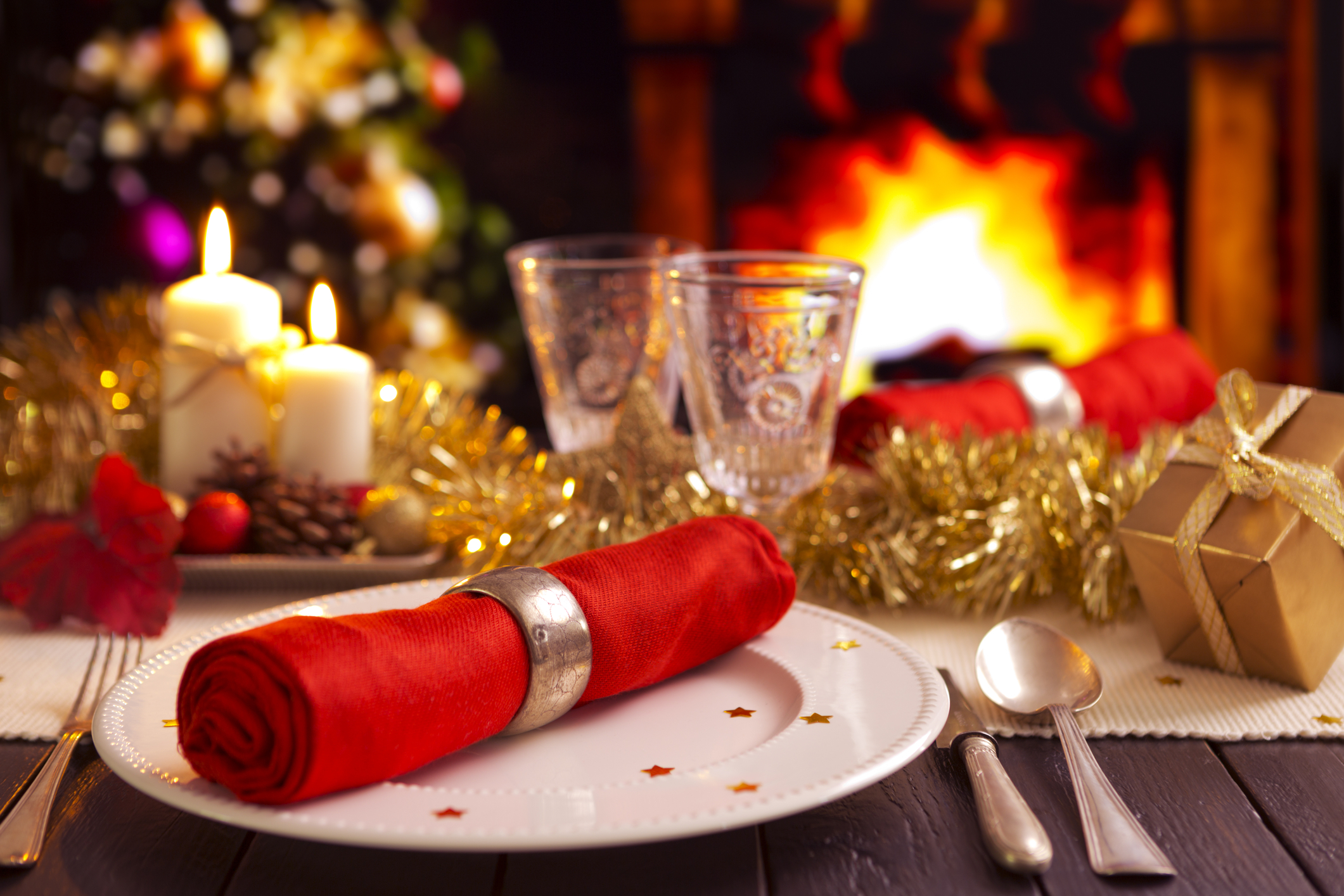 It’s no secret that the French love their food. When it comes to Christmas in France, comforting dishes and extravagant spreads play a significant role in the festivities, although the typical food and drink of choice tends to differ from region to region. Some are twists on traditions that you may already be familiar with. Some might take you by surprise. And some dishes that could only have been conceived in France!

Christmas Eve is when the main feasting is done. In the evening most families will partake in a feast known as Le Réveillon, which means 'waking', as the meal would traditionally take place after midnight mass. Traditionally, a réveillon would refer to any meal that took place late at night after a party, but over the past two centuries has come to be associated exclusively with Christmas. It is typically the largest meal of the year, with so many courses that it's hard to name all the food that is likely to appear on the dinner table in one go.

That said, we've listed some of the most popular foods eaten at Christmas time in France. These aren't all eaten at Le Réveillon — many of them are popular throughout December and winter generally, but they're all foods that you're like to come across if you're lucky enough to find yourself in France over Christmas. 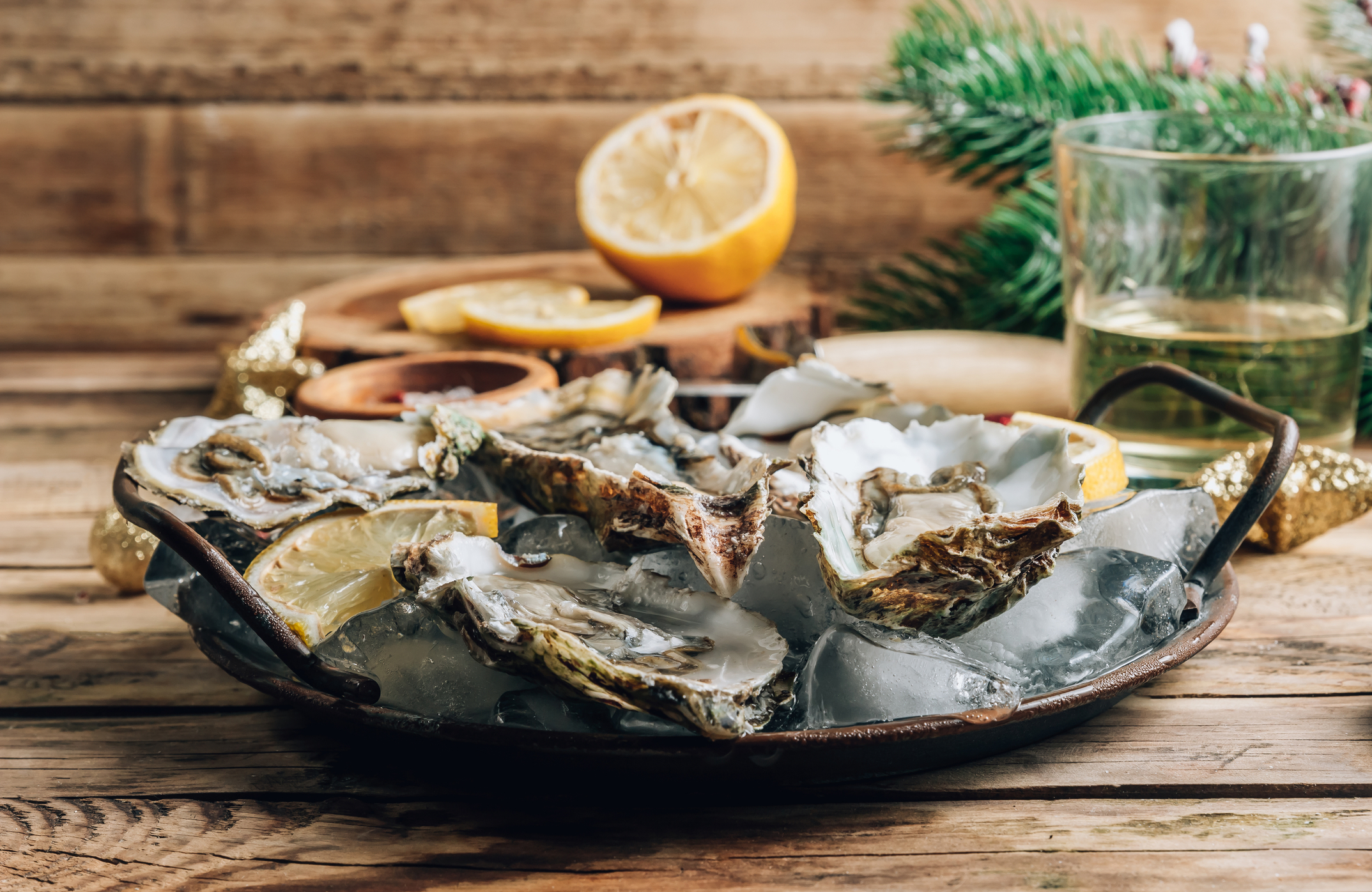 You might not think to associate oysters with Christmas, but this hors d'oeuvre is a common sight on the tables of French households on Le Réveillon, particularly in regions close to the sea. They're often served with lemon, pickles, butter and horseradish, but of course this changes from family to family. 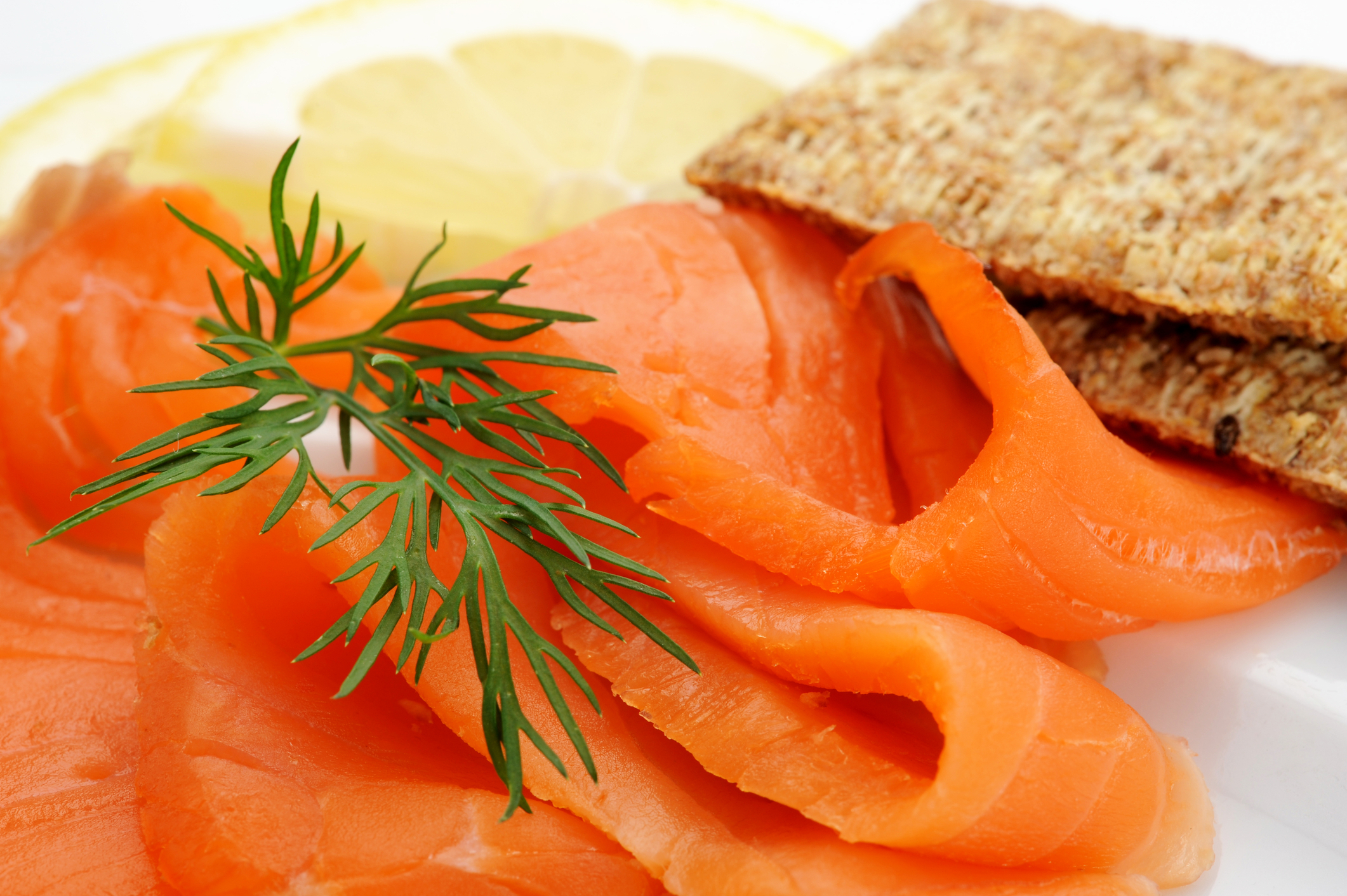 A perfect starter to an enormous feast, smoked salmon is often eaten on bran bread with butter and dill, but there are any number of variations you're likely to come across. Sometimes it's eaten fried, sometimes raw — and sometimes combined with the next item on the list. 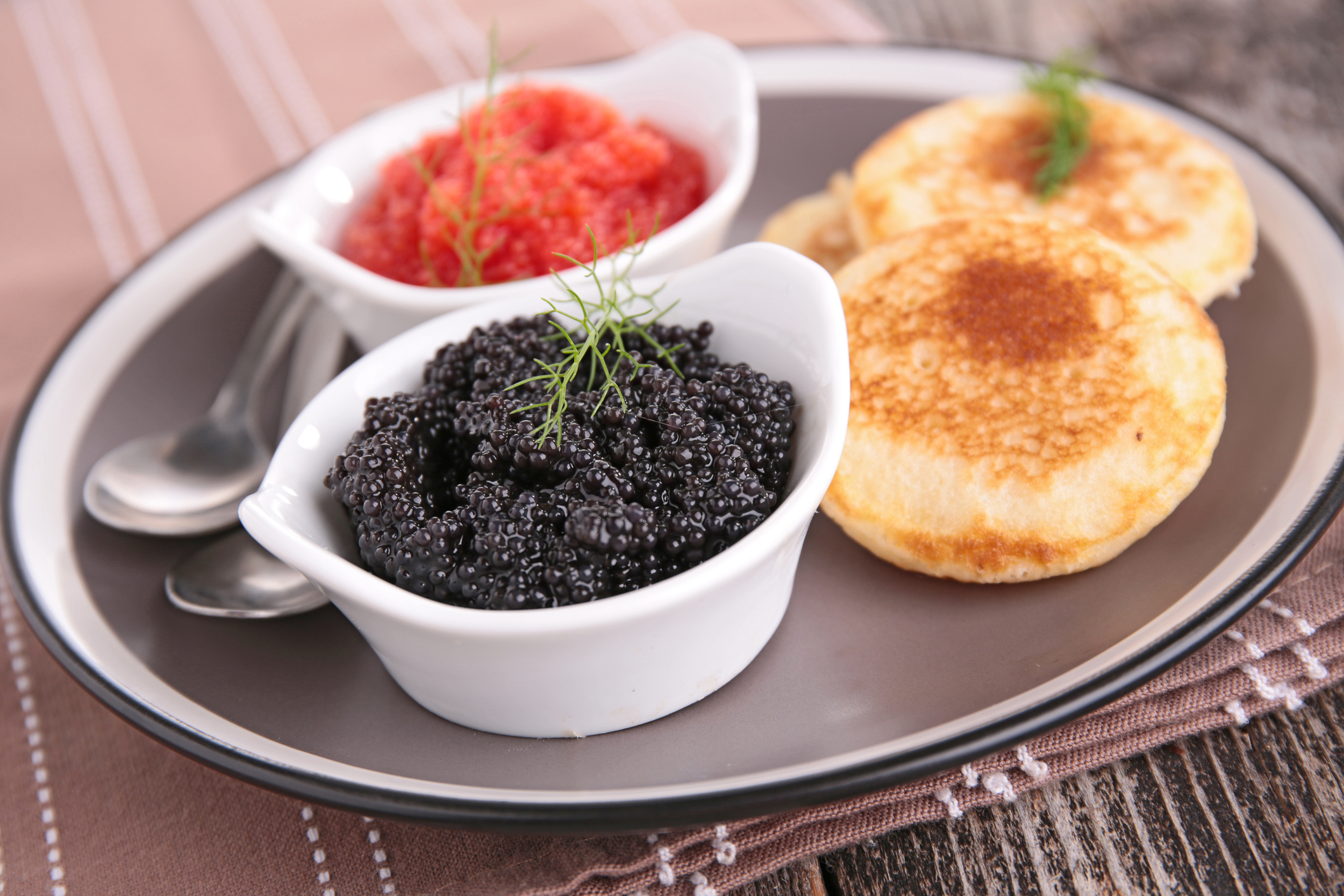 It isn't just fish that dominates the entrées at Le Réveillon — fish eggs, or caviar, often make an appearance too. These are typically eaten on blinis alongside the salmon and oysters. 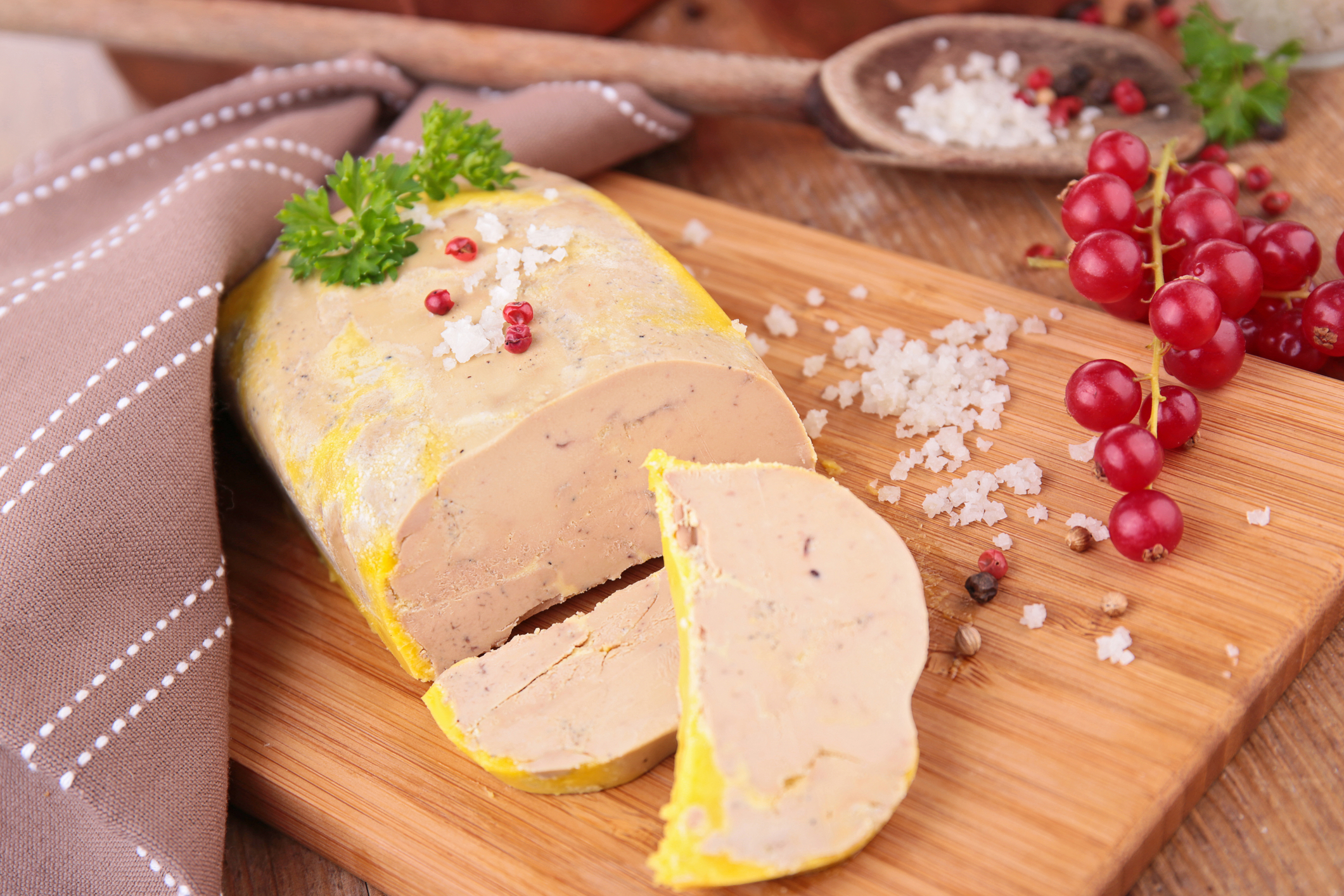 Perhaps one of the more controversial items on the list — yes, even more than the next one! — foie gras, which is produced by forcefeeding geese or ducks through a tube, is a popular dish often eaten on Le Réveillon. It is generally only eaten on special occasions, such as Christmas Eve. 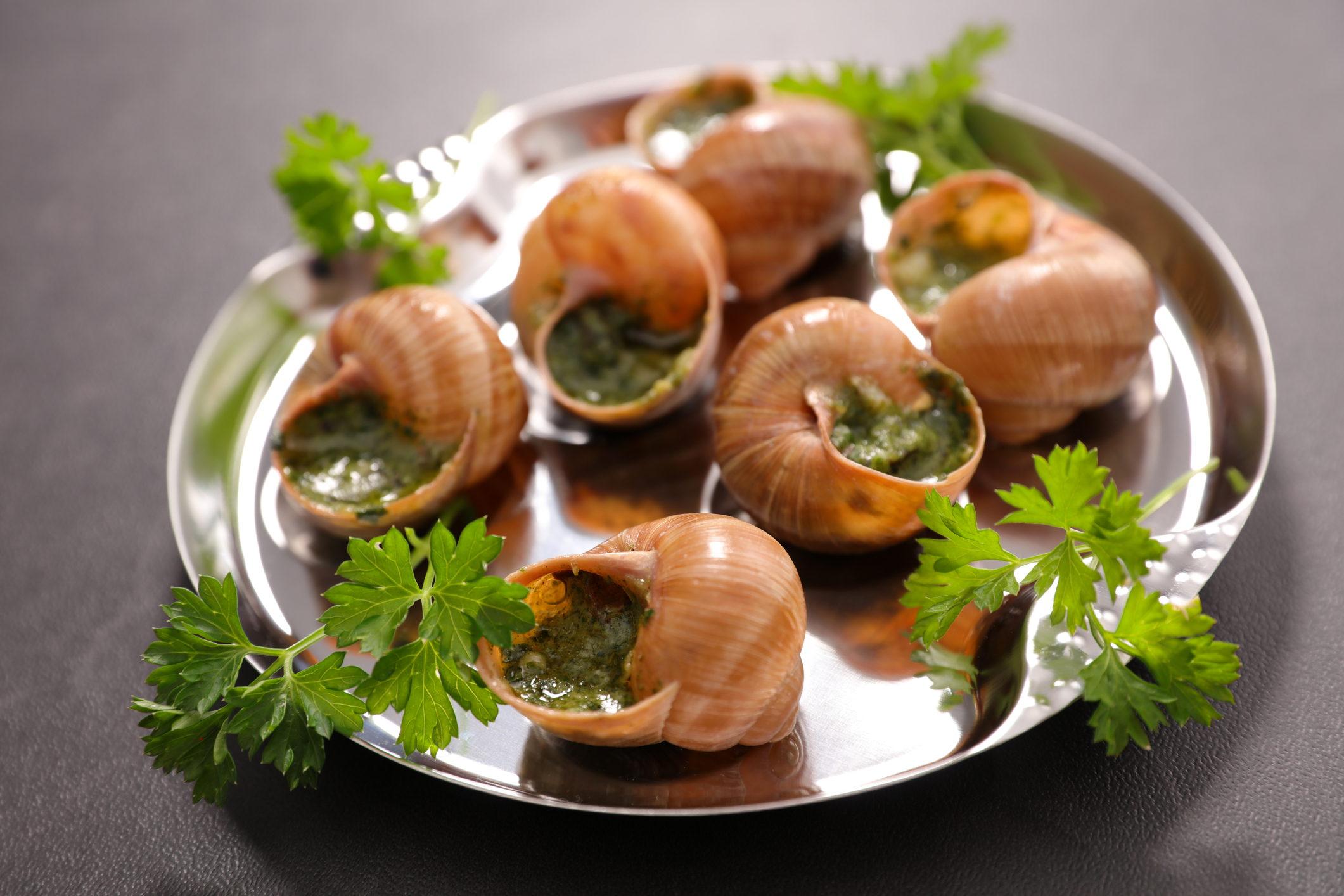 On the one hand, snails are eaten all year round, so you might not think of them as a uniquely Christmassy dish. On the other hand, they’re not quite as popular in France as the stereotypes like to suggest, but the one time of year when they do become commonplace is December. These slimy gastropods are usually prepared in garlic butter, so they make for a hearty winter dish, and are the perfect finger food for a very French banquet. 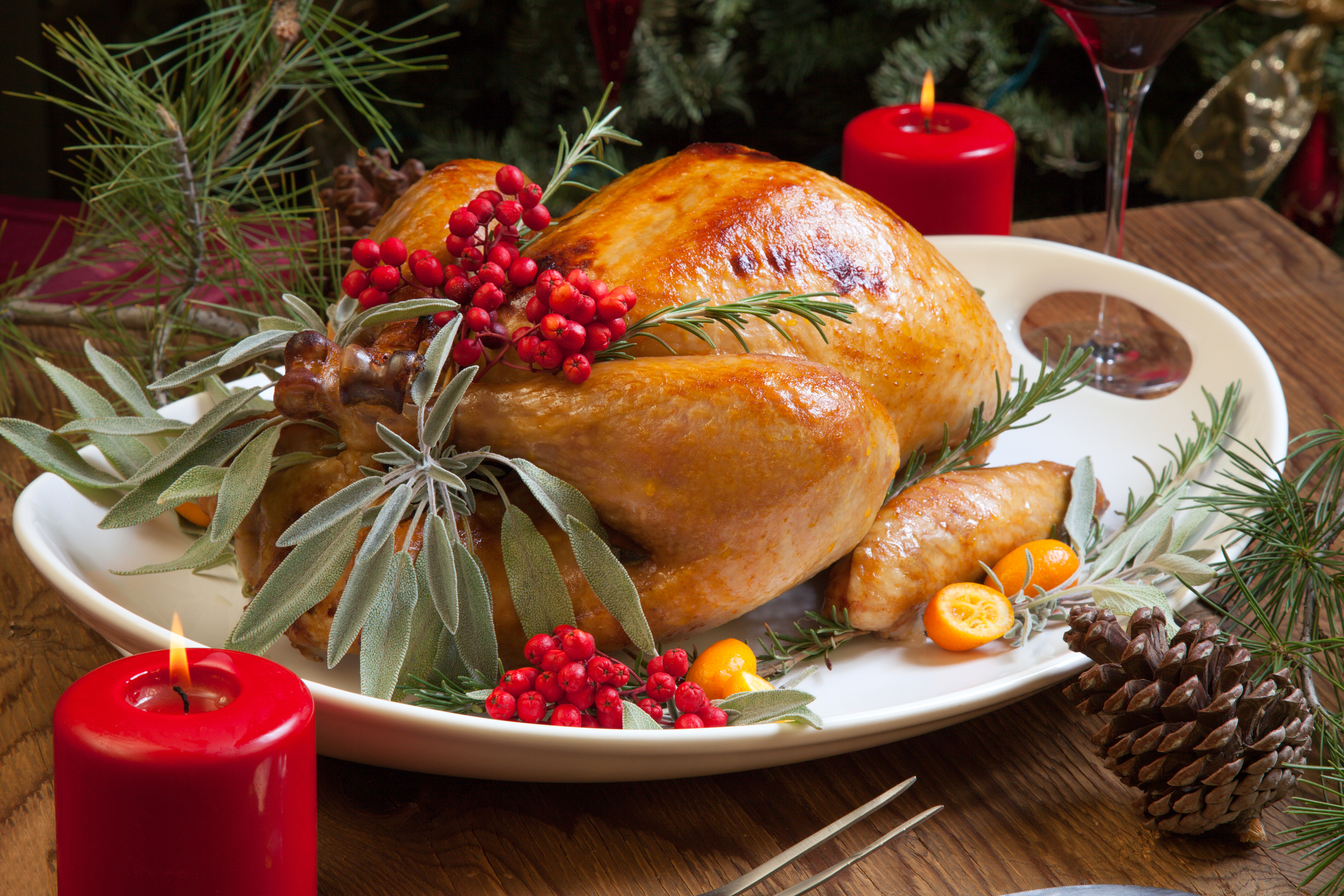 The French aren’t fussy about which bird takes pride of place on the Christmas dinner table. It can be anything from roast turkey (dinde) to guinea fowl (pintade) or pheasant (faisan). Roast duck (canard) is common in the west, while roast goose (oie) is also a favourite in the east. Unlike at other times of the year, it’s common to cook a whole bird so that everyone can have a slice. There are different ways of preparing it, however. Some opt for a chestnut stuffing, while others prefer to cook it in a sauce. 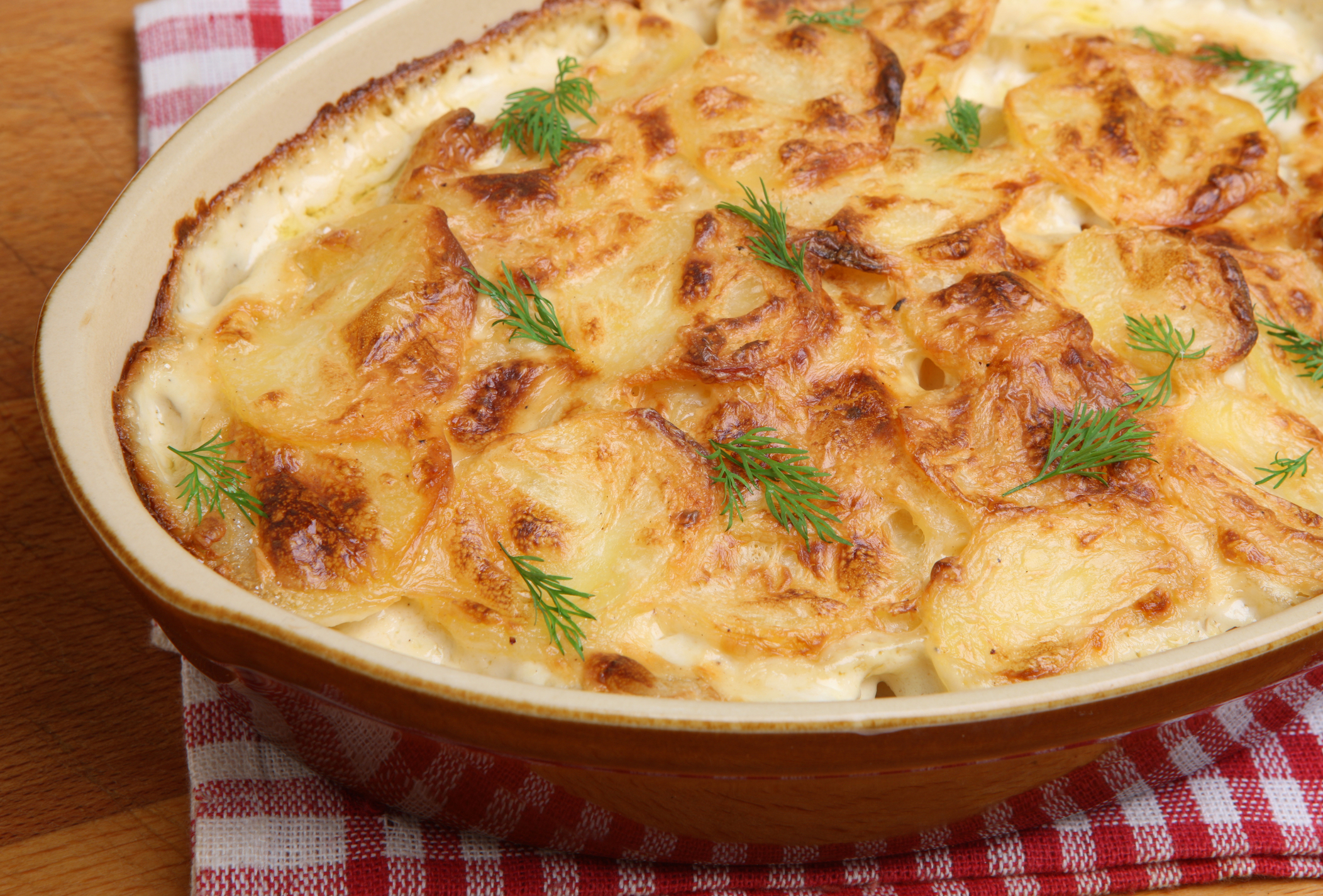 This potato side dish is popular all year round, but it's quintessentially French and provides the perfect complement to the main course of the Christmas meal. Sliced potatoes are cooked in a creamy sauce and smothered with Gruyère cheese. What's not to like? 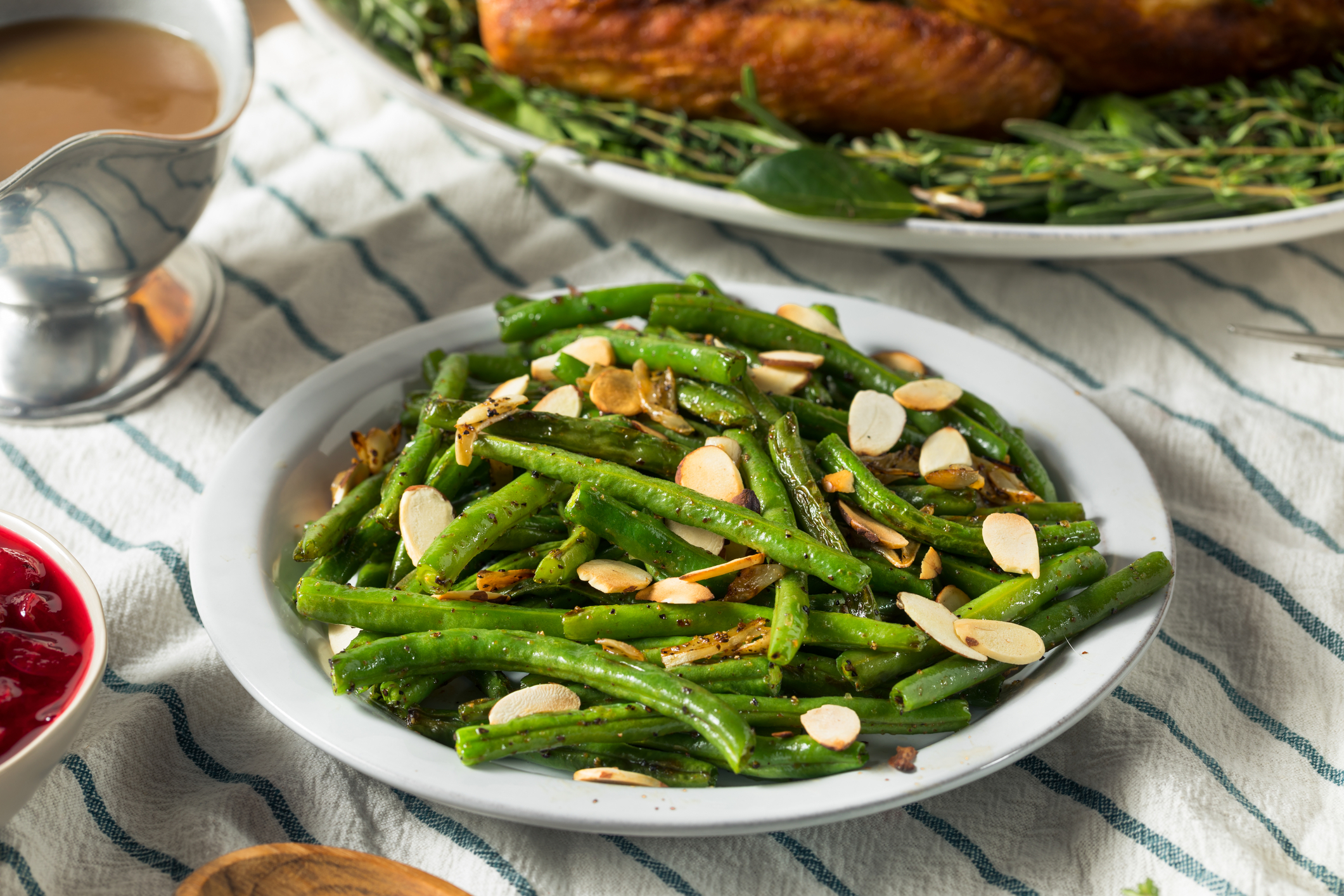 Not everything eaten at Christmas needs to be unhealthy. This green bean dish, which is made with shallots and toasted almonds, pairs well with pretty much any main, and is easily one of the simpler dishes to make. 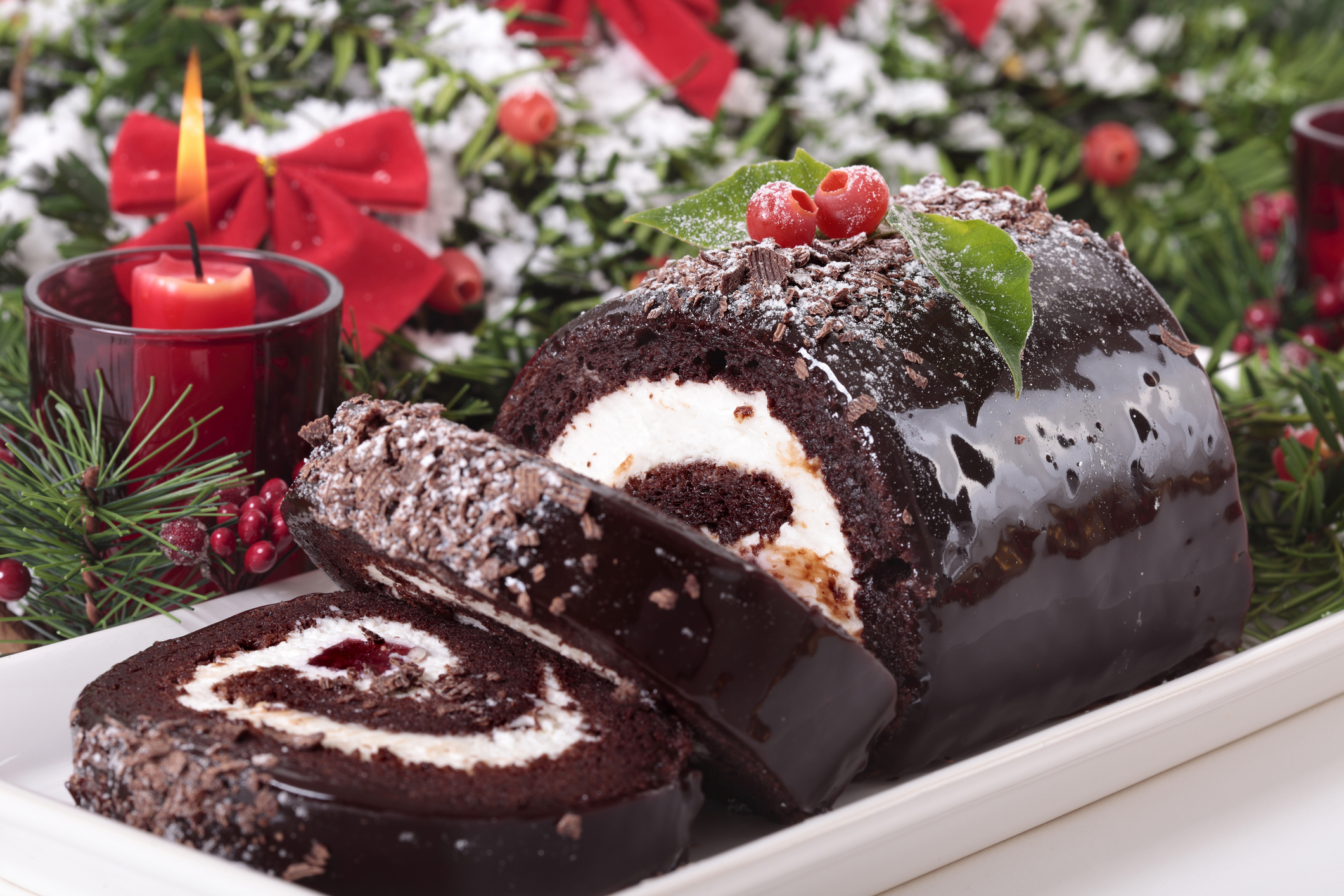 In English these are generally known as Yule logs or chocolate logs ('bûche' is French for log, if you hadn’t already guessed). It is probably the most common dessert you’ll find for a Christmas dinner, and for good reason — it's seriously delicious. It consists of a roulade of chocolate sponge wrapped around a chocolate buttercream filling, and decorated with berries, ornaments and powdered sugar to look like snow. and while it’s common in France, Belgium, Switzerland and the U.K., it’s believed to have been invented in France. 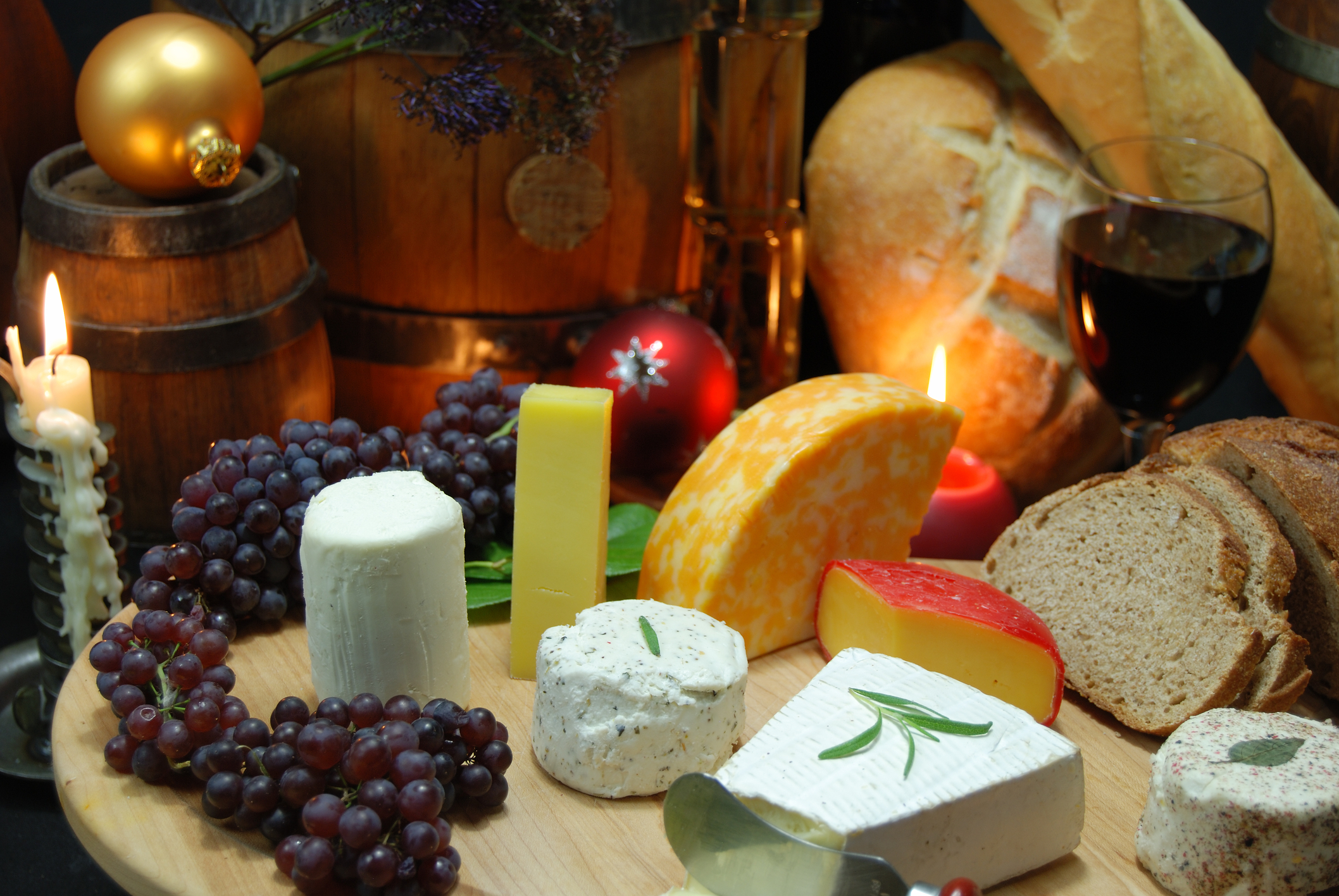 It wouldn’t a French Christmas without a cheeseboard. France is one of the largest cheese producers in the world, and it's not uncommon to find favourites like brie, camembert and roquefort all on the same board with slices of fresh bread to eat them on. One of the great things about cheese is its versatility - you can enjoy a cheese platter as a starter, as a dessert or — if you're still not full from all the other festive foods — as a snack. 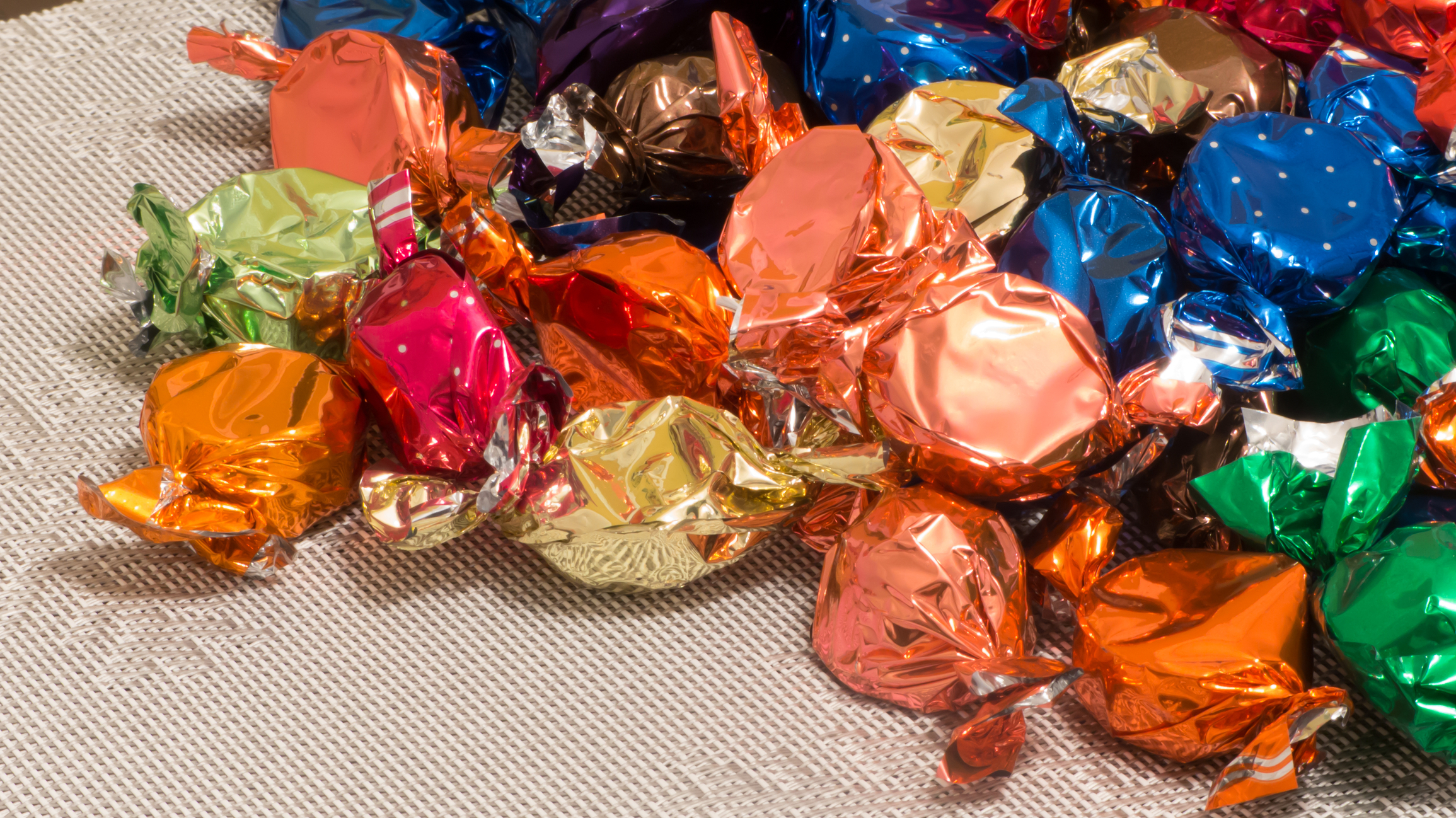 While the kids might be a little averse to oysters and caviar, you’ll often find them munching on these sweet treats. 'Papillotes' is the name given to chocolates or candied fruits wrapped in glittery paper, often with a little note written on a piece of paper hidden inside. (If it helps, imagine a French version of fortune cookies...)

Legend says the tradition dates back to a chocolatier in early 19th century Lyons known as Sir Paillot. His apprentice had the habit of pilfering chocolates from the shop and sending them with a note to a lady who worked above the shop. The apprentice was dismissed when Sir Paillot caught him red-handed — but he then used the idea to sell his own chocolates! 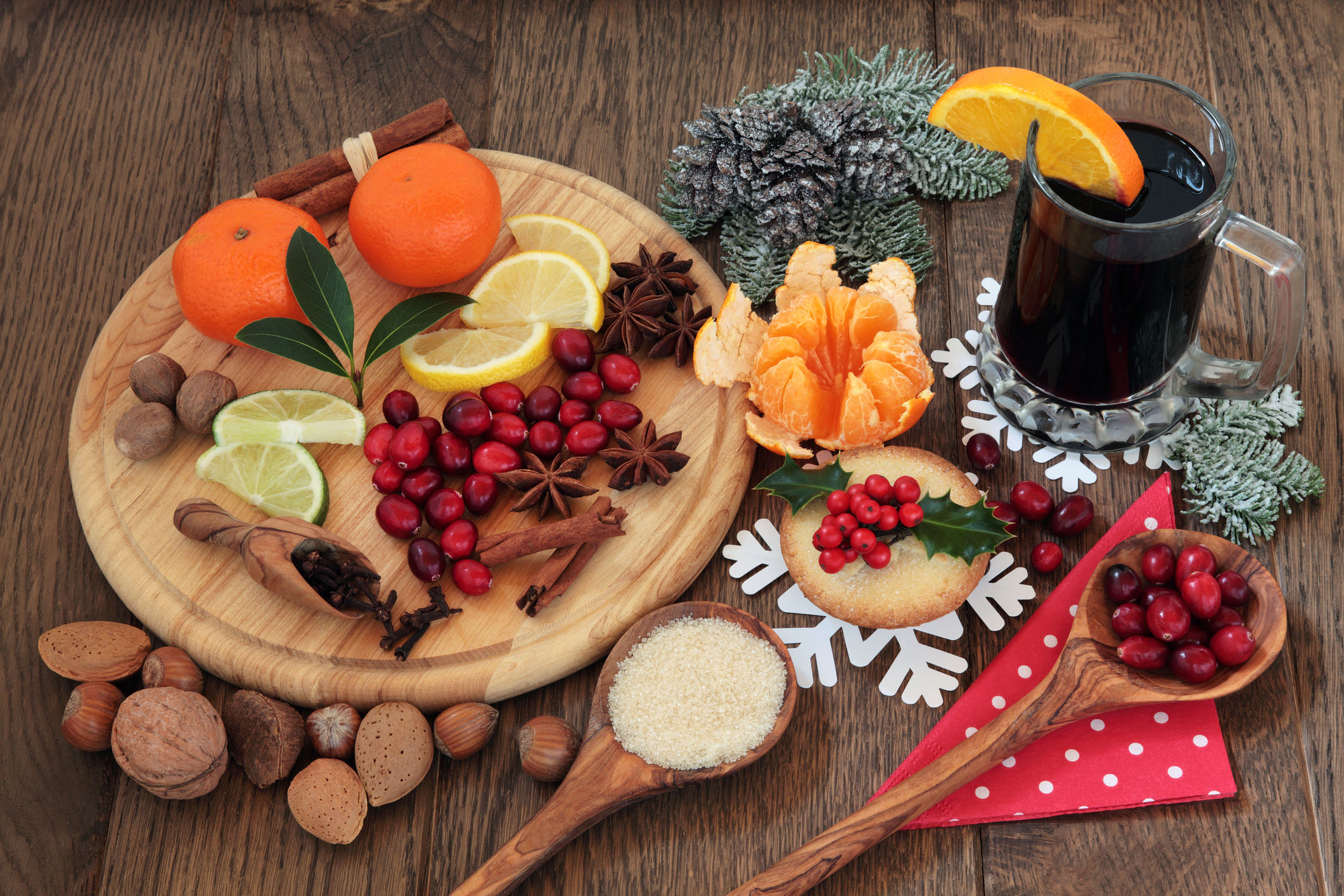 Provence has its own special Christmas tradition known as 'les treize desserts' — that's right, thirteen desserts! Don't eat too many snails if you want to save space for this after-dinner indulgence.

Thirteen might seem like an excessive amount, but the number was chosen at the start of the 20th century to symbolise Jesus and his twelve disciples. The tradition of eating lots of little dessert food goes back much further than that, however. Generally les treize desserts consists of four fresh fruits (oranges, pears, grapes, etc.), three local candies (marzipan, nougat, jam, etc.), five dried fruits or nuts (dates, raisins, walnuts, etc.) and a pompe à l'huile, which is a kind of bread made with olive oil and orange blossom water. The tradition goes that cutting into the bread leads to a year of poverty, so our advice is to break it with your hands.

Naturally, such an exhaustive and extensive end to the meal has an interesting history, which you can learn about in this video with Alex and Roland. 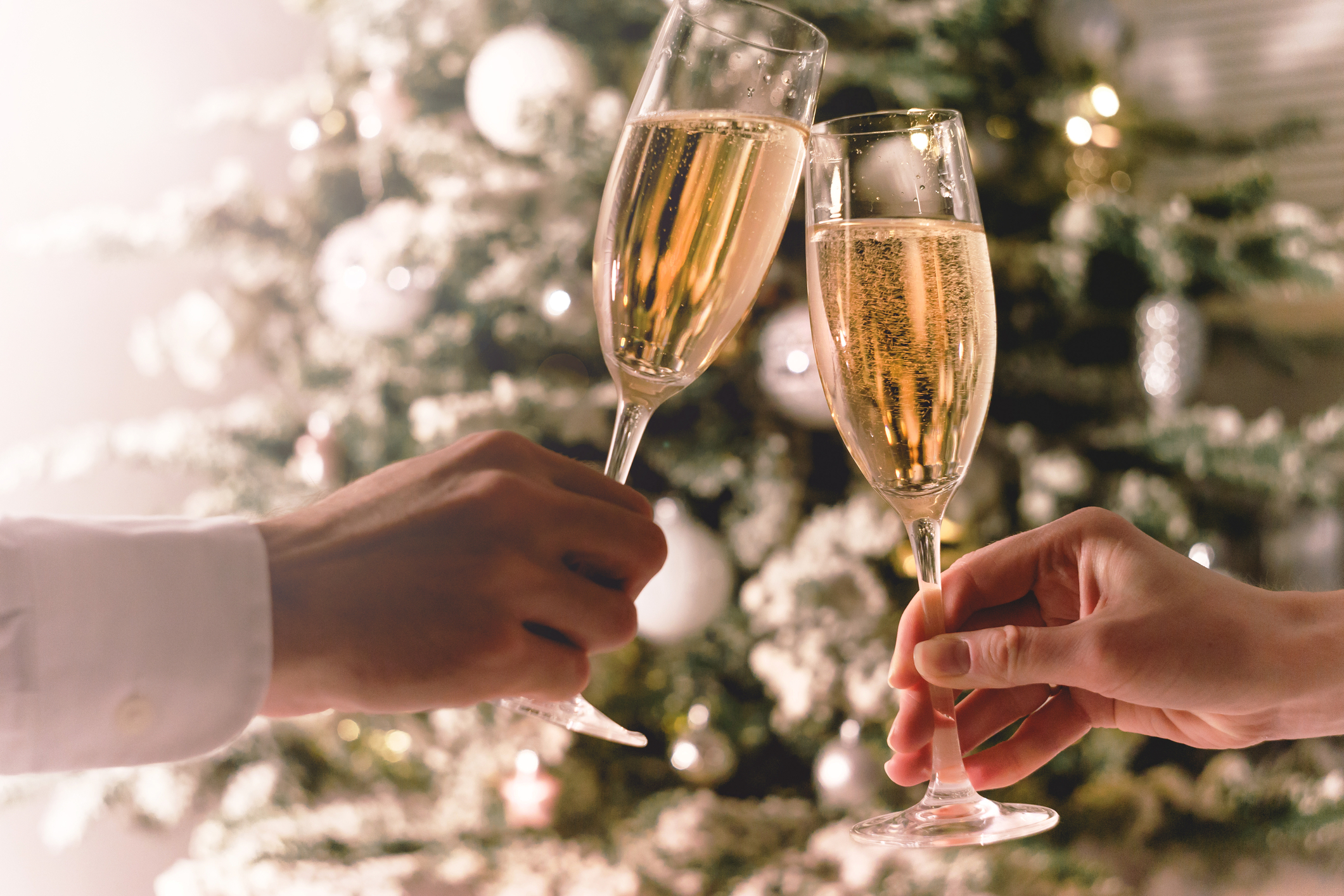 For many French households, no meal is complete without a bottle or two of wine, and Christmas is no exception. Since Christmas meals are a celebration, that wine is often champagne, but reds, whites and rosés are drunk just as much. Mulled wine (vin chaud) is a less common sight on the dinner table, but you'll find plenty of shops selling this in the run up to Christmas — especially if you visit a Christmas market. 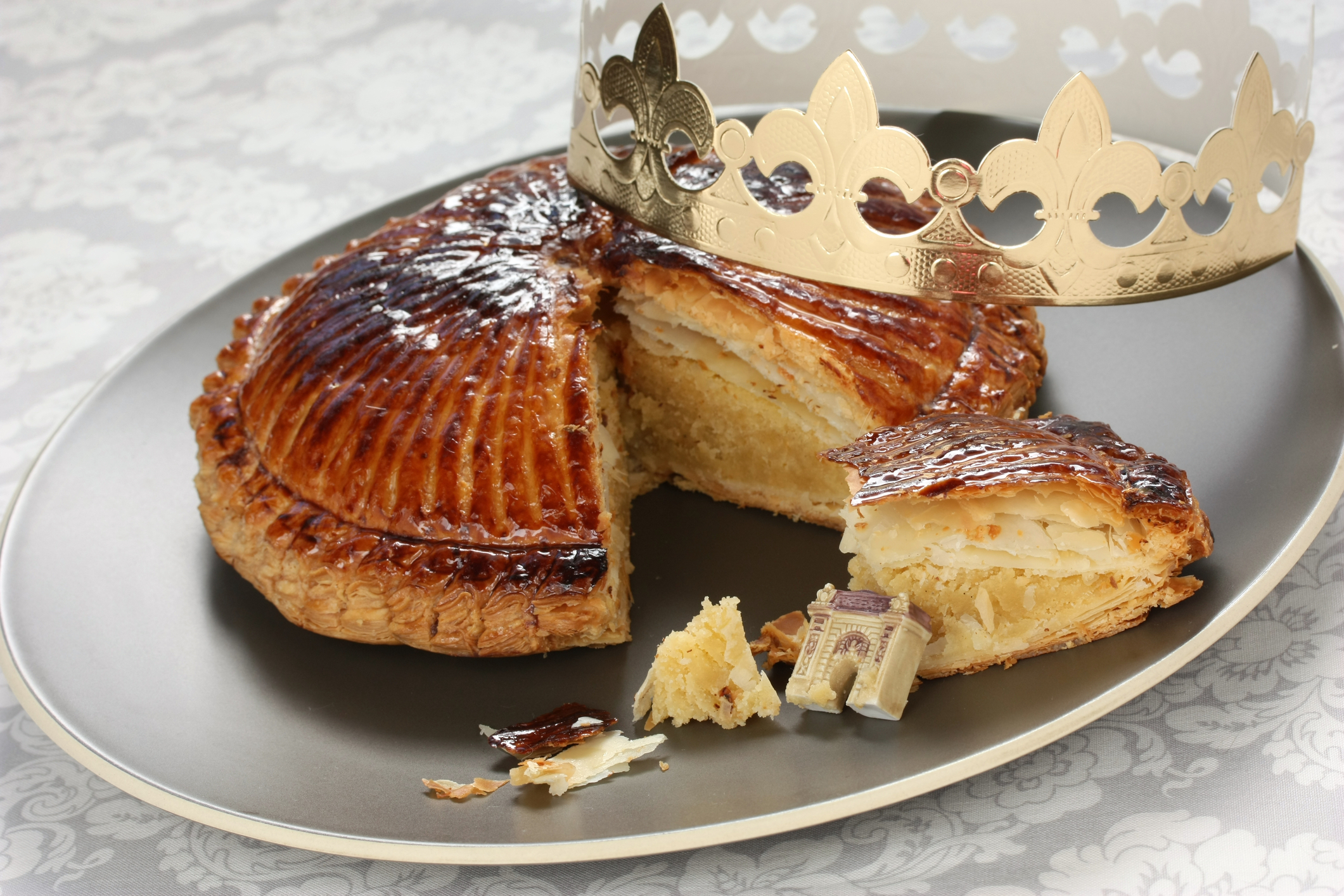 The 'cake of the kings' symbolises the Three Kings who, in the Christian tradition, brought gifts of gold, frankincense and myrrh to Jesus upon his birth. It consists of layers of puff pastry and a centre of frangipane or jam, and inside is hidden a fève, which is a little figurine. Whoever is lucky enough to find the fève is crowned roi or reine for the day.

The galette des rois is typically eaten on the Epiphany (6th January), so generally after the other Christmas treats are out of the way. While the post-Christmas period can sometimes be a little sombre, the 'galette des rois' gives the French something to look forward to. 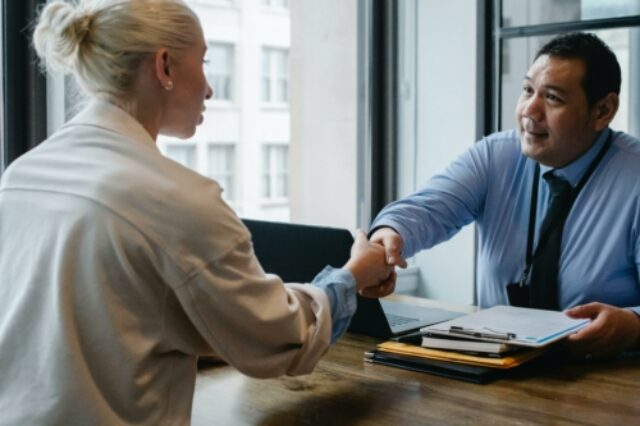 Our guide to acing a French job interview

Preparing for your next job interview? Read our tips on how to wow your interviewers.

HOW TO FRENCHIFY YOUR VALENTINE'S DAY

Valentine’s Day is just around the corner. This year’s celebrations will look very different for many of us around the world. In the United Kingdom, Valentine’s Day 2021 will be spent at home. All restaurants are closed; unless you’re getting takeaway, you are fresh out of luck. This means, you must come up with something to do in-house for your chéri (e).