Learn French with TV5MONDE, the largest French language TV network. Enjoy premium content. Including box office hits, the latest series and up to 10,000 titles.Do you want to watch the best in French cinema?

Or stay up-to-date on current events, or follow fashion and lifestyle trends? TV5MONDE offers you a wealth of options and gives you a cultural edge!

Most of their programs have subtitles in English. Give your TV a French Accent! 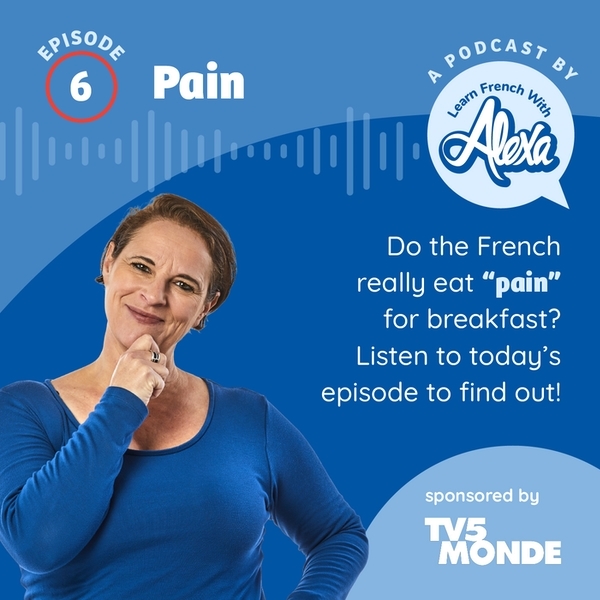 One of the things you hear often about the French is their passion for bread. So let's have a look at the etymology and the culture surrounding le pain, and discover why the French are obsessed with it.

The word boulanger (the bread maker) used to be boulengarius (the one making round bread - in medieval Latin) during medieval times and appeared in books for the first time around the 12th century. It derives from the picard word boulenc, itself stemming from the dutch word bolle or pain rond – round bread.

Just like a lot of other jobs, it ended up being used as a last name, especially in Picardie, so you will find people with different versions of that word as a last name: Boulangey, Boulangez, Boulangier. Most of the time the spelling will differ but the pronunciation usually stays very close to the original.

Le décret pain from 1993 says that bread should only be made in shops (on the premises) and with 4 ingredients: wheat flour, water, salt and yeast. It cannot be frozen, or contain any additives or preservatives. This is why bread ends up going stale after one day.

Another law passed around 1920 says that boulangeries cannot be open for more than 6 days a week and bakers cannot work for more than a certain amount of hours per week. (This is still the case nowadays.)

This decision created quite a few problems as it became difficult to get the bread ready in time when everyone needed it. That is why the baguette is the shape that it is because long sticks are quicker to bake.

Most boulangeries will open around 6 o'clock in the morning, and people coming back from work, or going to work, or coming back from nightclubs tend to pop by and get some pains au chocolat or croissants. Bakeries tend to be shut on Mondays.