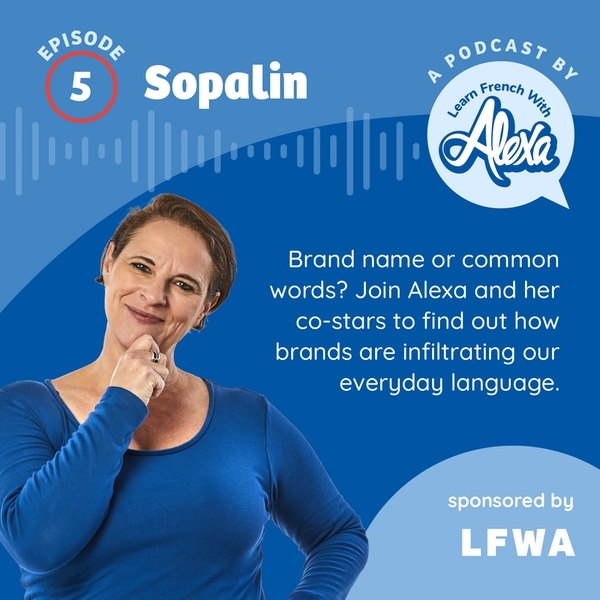 Have you ever wondered how some brand names became part of our day to day language? This phenomenon is called généricisation (genericization) or antonomase (antonomasia). When a proper noun becomes a common name, you do not need to use a capital letter anymore when writing it.

The word Sopalin (Société du papier linge) was originally a brand but over the years became one of the words the French use to talk about kitchen roll. Sometimes when a product is the first on the market, or is the most successful, its name will become a reference for that product. Like hoover in English for a vacuum.

Another example is le frigidaire (the fridge) - one of the most common words used to talk about le réfrigirateur.

French speakers sometimes create verbs out of brands like Google or Facebook by adding "er" to them. For example: facebooker quelqu'un (send something to someone on Facebook). These are mainly used in spoken language.

The inventor of the stylo bille (ballpoint pen) is José Ladislav Biro. He sold his patent to the French company led by Marcel Bich. They chose the name bic for it in the hope that it would be easy to pronounce in most languages. Brand names tend to take the article of the thing they describe: le stylo ⟶ le bic.

However, while you would think that becoming extremely popular would be a good thing, it can actually backfire. The biggest risk for these brands? Losing their trademark because their name has become too generic to the point where consumers cannot differentiate the brand from the category. It is called a genericide, and it happened to the brand Aspirin for example. The Academie française is usually against anglicisms being used in the French language so they will try to find equivalents: un walkman ⟶ un baladeur.